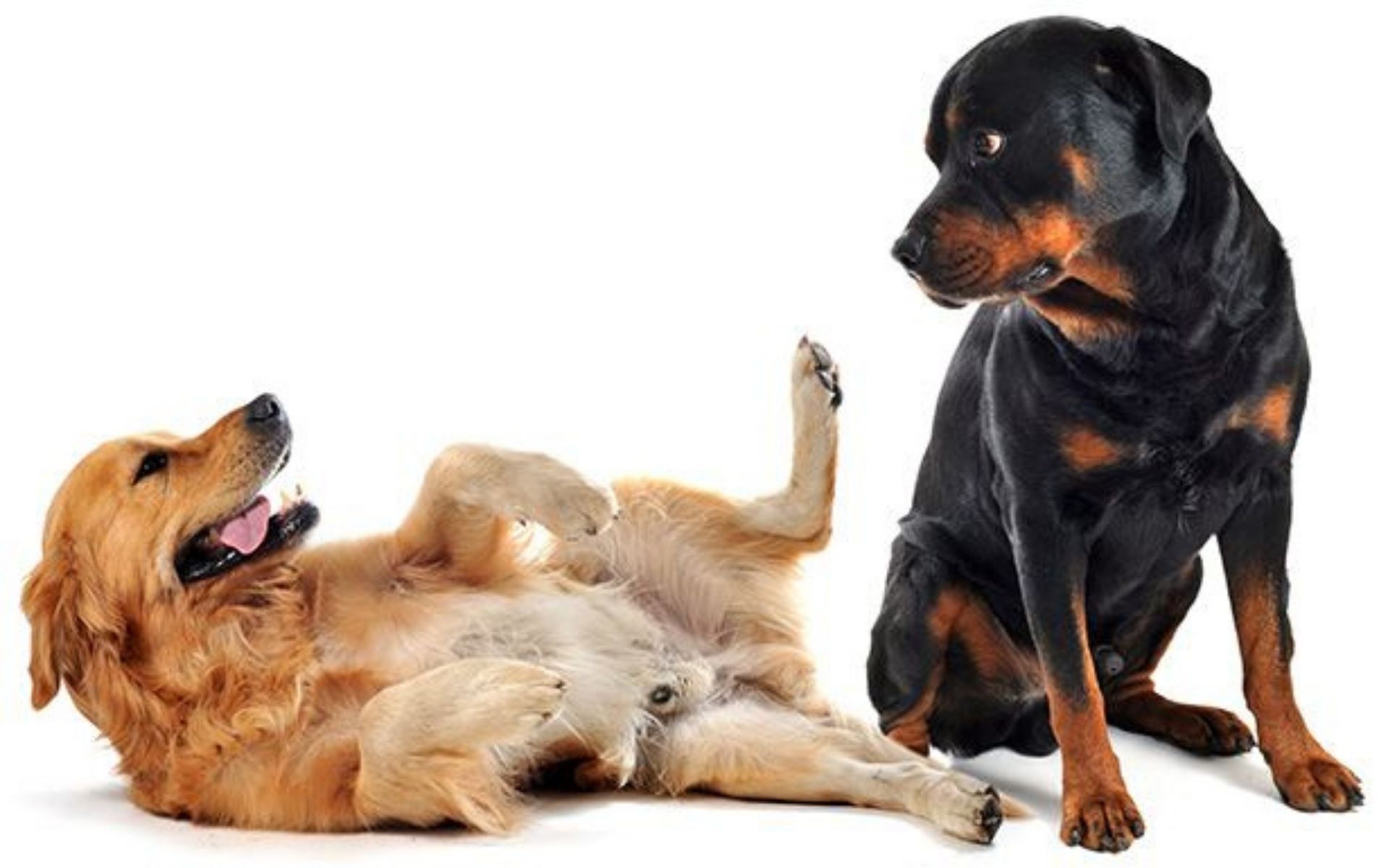 What role does dominance play in dog training?

As a professional dog trainer, I get calls from people worried they wouldn’t be able to train their dogs successfully. Much of the time, someone told them they “need to be more forceful” or “dominate.”

And that is not who they are.

For many years, dog trainers thought you needed to be forceful and dominant.  This thought stemmed from research.

But that research was flawed.

How science lead us astray

In the article “Whatever Happened to the Term ALPHA,” written by L. David Mech, senior research scientist for the U.S. Geological Survey and founder and vice-chair of the International Wolf Center, Mech describes how we came to misunderstand the term Alpha.

Scientists thought, “the wolf pack was a random assemblage of wolves that came together as winter approached to better hunt.” Thus scientists “gathered individual wolves from various zoos and placed them together in a captive colony.” This forced, unnatural confinement of stranger animals caused natural competitions over resources. This competition eventually formed a dominance hierarchy base on who won these competitions. “In such cases, it is appropriate to refer to the top-ranking individuals as alphas, implying that they competed and fought to gain their position.”

Rudolph Schenken, the main behaviorist who studied wolves in captivity, published a paper “describing how wolves interact with each other in such a group. Schenken asserted packs consisted of a top-ranking male and a top-ranking female and referred to them as the alphas.” Because research was scarce, this paper became a significant resource and cited in many documents. But, the basis of this research was on the false assumption that packs formed indiscriminately. It set up unnatural dynamics leading us to erroneous conclusions.

In the late 1990s when Mech lived with a wild wolf pack on Ellesmere Island near the North Pole for numerous summers the current understanding of pack behavior emerged. Mech discovered that instead of unrelated members coming together for hunting, a wolf pack comprised of family groups (set of parents and offspring of varying ages) “formed the same way as human families form.”

Just like with humans, as pups mature, the parents guide their activities. “The parents then automatically fall into the leadership role in the pack as they guide the pups.” The parents take on the role of educator as they have a vested interest in having their gene pole survive, and it is also advantageous for the pups to take on the part of the student as this keeps them alive.

A leader or educator’s role is very different from that of a dominance hierarchy in which competition over resources is the sole role. We now know and understand that dominance is a “willingness to compete over a resource” and has nothing to do with being more assertive, bossy, pushy, or getting to go first.

So what does this mean for your training?

It means you can do away with intimidation, feeling guilty about letting your dog sleep on the bed etc. and focus on rewarding behaviors you like. It means even non-forceful or assertive people can still have beautifully trained dogs. And it means the relationship you have with your dog will be better than ever.  It means you no longer have to feel bad in the name of having a well-mannered dog.

Frankly, I started training dogs in 1974, and I learned dominance, correction based training. But at the age of 12, I did as I was told.  I shed many tears over needing to hurt my dog in the name of training. I obviously was not the assertive type.

If you are someone who has been told you “need to show your dog who is boss,” tell me in the comments section how that training made you feel.

Soma B on October 25, 2020 at 10:04 am
thanks, great article! I never wanted to train a dog because of the things people say about dominance and all that. so glad there is a better way.

Debbie Schaefer on October 25, 2020, at 10:21 am
Yes, and there are a lot of people who feel that way. Luckily positive reinforcement training solves that problem beautifully.

Jeanie McBride on October 25, 2020, at 4:30 pm
This article is very helpful. Thanks for sharing. Sami continues to improve & we are grateful for your training.

Debbie Schaefer on October 25, 2020, at 4:47 pm
So glad you found it helpful I have so loved working with you and Sami. Give her some snuggles from me.

Sharayah Barr on October 27, 2020, at 2:46 pm
My husband’s dog, Puddles, (she’s my dog, too, but really… she’s all his) is very “alpha” and I honestly gave up on training her for the first few years we had her because it felt like every interaction I had with her was negative, and it was making her dislike me and distrust me. It’s because I was taught the dominance factor for training and it was really no fun having a dog because I always felt like I had to be this enforcer of rules with her. Things are much different now, and it was why I specifically sought out positive reinforcement training for Bucks! My relationship with both of our dogs is positive now. I won’t go back to that old method.

Debbie Schaefer on October 27, 2020, at 9:51 pm
Sometimes, those are the most valuable lessons we can learn.

With training, your dog can be a great companion, a fun part of your life.